THE THEATRE CRUMBLED, OUR FIGHT FOR JUSTICE WON’T 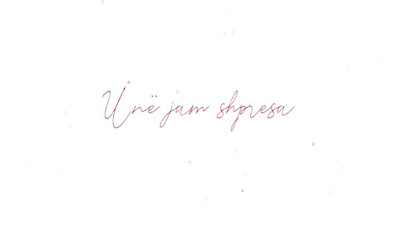 Photo: Albi Cela
Albi Cela – Washington D.C
The demolition of the theatre was another step towards authoritarianism, but it’s fall will not be our fall. Fear won’t take place in our hearts. We will remain vigilant, and take up our next stronghold, to protect what remains of our democracy.
The twenty-seven-month protest against the demolition of the theatre, was becoming a headache for Prime Minister Edi Rama and his followers. In January 2018, nobody would have thought, that a small group of actors and activists, would remain faithful to a cause for this long. The clock was ticking, and Edi Rama became impatient. In complete disregard of the law and institutional framework, the National Theatre of Albania was demolished on the dawn of May 17. While tears were shed, the winner of the battle, smirked in triumph.
A battle was lost, but that doesn’t mean the end of the war. Now the government will try to deter those who still plan to keep on fighting. In the past days we have witnessed an immense propaganda and slander towards the Alliance for the Protection of the Theatre, and those who support their cause. They are being portrayed as the ones who barred the development of the country for three years, and who are to be blamed for the current situation. This is done with the sole purpose to bring morals down, and convince others that it doesn’t make sense to fight a losing battle. But we must not forget, that optimism, is half battle won.
Now we must respond in a smart and effective way. While we keep mourning walls long gone, the government is choosing the next target. This is how diverting attention works. But we know how the minds of those in power works. They tore down a historical monument, and that won’t stop them from trying to do the same with others. We have an idea where they might strike next. Sarajet, one of the oldest buildings in the city, along with Libohovitet next to it, and the Puppet’s Theatre a couple hundred meters down the road, are the next targets who will most likely be expropriated in an unlawful and corruptive manner. These three buildings are the next stronghold.
Culture might be under attack for the moment, but we must open our eyes and see the bigger picture. It is not a matter of protecting the theatre or any other monument. It should be a battle for the protection of higher ideals. This is why, it is time we establish a bigger alliance, an alliance for the protection of democracy, rule of law, and along with them, culture. Those buildings, will symbolise our stronghold, in which we will protect and enhance democracy and the rule of law. In that stronghold, we will hold ground, and stand firm. They can tear them all down, our homes, our stronghold, our monuments, but they won’t tear us down. We will fight on.