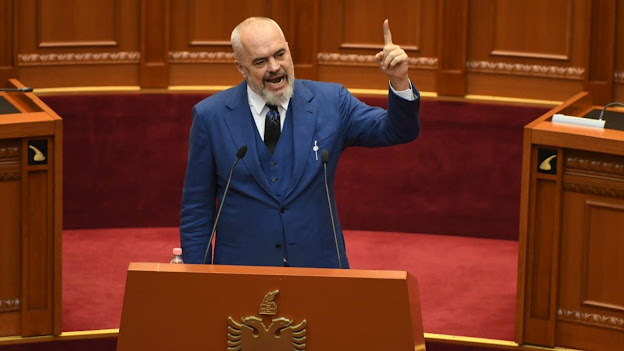 Prime Minister Edi Rama
Washington D.C – Albi Cela
The Legislative Council and the Legal Affairs Committee approved today the constitutional amendments which allow partial opening of electoral lists, and the ban of pre-election party coalitions, consequently undermining the agreement reached between the government and the opposition on the 5th of June.
This action was immediately condemned by Johann David Wadephul, Deputy Chairman of the CDU-CSU Group in Bundestag.  “With the June 5 agreement and other agreements based on it, the government and the opposition have drafted a good electoral reform. This reform must now be approved by the parliament, unchanged... Bur now we are hearing about decisions in the Parliament, to change the June 5 agreement and the Constitution...both of these changes, if approved by the Parliament, would be a serious violation of the June 5 and January 14 agreement” said Wadephul.
He also emphasized that this puts at risk also Albania’s path towards EU accession. “The German Bundestag will not approve the first intergovernmental conference and the opening of membership negotiations, until the June 5 agreement is approved by Parliament without any changes and without constitutional changes that undermine the agreement” Wadephul concluded.
The opposition considered the amendment of the constitution as a breach of the June 5 agreement. They emphasized the negative effects that these amendments would have on Albania’s European future and democracy.
However, the main concern is not the breach of the June 5 agreement, but rather the intention behind these amendments, and the timing in which they were proposed.
Last week, U.S Ambassador Yuri Kim, in a very diplomatic language sent a clear message to Albanians. “I think that rotation of power, if this is what the people want, if this is what the people decide, is always a good thing in a democracy” she stated.
The response from Prime Minister Rama was immediate. Fearing the loss of support from the internationals, he decided to undermine democracy for the sake of holding power. The following day during a press conference, he supported the ban of pre-election party coalitions, the partial opening of the lists, and the raise of electoral threshold from 3% to 5%, despite the continuing calls of several diplomatic bodies in Tirana to approve the June 5 agreement as it was.
The banning of pre-election party coalitions will give Rama complete control in case that the Socialist Party wins the majority of seats in the 2021 parliamentary elections. The raise of the electoral threshold prevents small parties to enter the parliament, and the partial-opening of the lists it’s only a diversion, and a strategy used by Rama to proclaim it as his personal victory and an initiative pushed forward by the SP.
The response of Taulant Balla, Secretary General of the SP, to the comments of Wadephul clearly indicates Rama’s true intentions. “Tomorrow we will move forward with the June 5 agreement, and complement the work by further democratising the elections by opening the lists...The Socialist Party deserves praise for this” he stated.
At this point we are facing a further backslide of our democracy. Opening the lists gives people the chance to vote for their preferred candidate, instead of pre-appointed ones by party leaders, and helps foster democracy and rule of law. However, this is not the case. The banning of party coalitions and the raise of electoral threshold only serves the political agenda of the current government. If these amendments are embodied in the constitution, it will be extremely difficult to change them in the future once Rama has grappled the system. At that point we would have only one chance left. To go on an impossible hunt for the lamp of Aladdin, and hope that the jinni will help us. Considering the chances, it is more viable for us to take control of the wheel of our ship and turn it in the right direction before it's too late.
Albi Cela is the International Rule of Law and Security Program Fellow at the Sandra Day O’Connor College of Law at Arizona State University, a program held in cooperation with the McCain Institute for International Leadership in Washington. 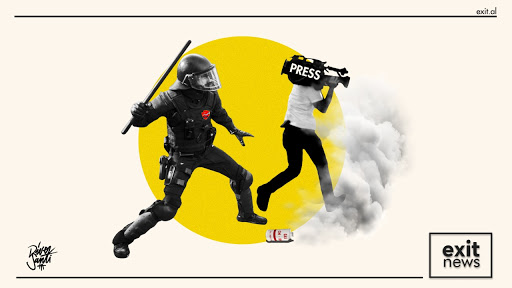