New Podcast Interview – The obstacles of being a journalist in Albania, with Alice Taylor 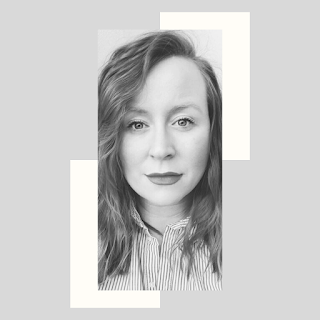 “Journalism can never be silent. That is its greatest virtue and its greatest fault. It must speak, and speak immediately, while the echoes of wonder, the claims of triumph and the signs of horror are still in the air.” This is how Henry Anatole Grunwald, former editor in chief of Time, Inc., described journalism, as a voice that should never be silent. Today, however, journalists around the world, including Albania, are threatened and bullied into silence.

But there are still a few of those journalists that despite the obstacles, have remained faithful to the ethical and professional principles of journalism. One of them is Alice Taylor, a former law student who shifted to journalism while working in Malta, and ever since she dedicated her career to speaking the truth.

Quite unexpectedly a three-day trip to Albania turned out to be a love on first sight, and Alice has been living in Tirana for three years now. She works as a journalist for a local press platform, and she is known to be one of the most critical voices in the journalist’s market, but also an active member of the community. The government’s attempt to deport her for no valid reason, speaks enough for her commitment to the truth. However, she won the battle, and now her voice is stronger than ever.

In a podcast interview with Alice we discussed at length about the obstacles of being a journalist in Albania, but also about what can be done to foster a better climate for journalism and freedom of speech in general.

When asked about the reasons why it’s not easy being a journalist in Albania, Alice doesn’t prefer giving a short and vague answer, but she’d rather provide a bigger picture, which helps us all have a better understanding of the whole situation.

According to Alice journalists are not the one to be blamed, but rather the system we are all part of. It is the system that has created a climate of self-censorship in which journalists have a lot at stake, and if they don’t obey, they risk their jobs and consequently the well-being of their families. “Many journalists start out with the best intentions, but they end up working for a company with alternative motives and this influences their editorials line” Alice says.

There are also what me and Alice referred to as “bad journalists”, but of course on a much lesser amount. Yet the system is the main culprit also on this point. The unprofessionalism and lack of ethics of this group of journalists is a result of a lack of experience and exposure to how things are done in western democracies. But if given the correct conditions and support they all could be better.

Identifying the problems is much easier than providing solutions, but we managed to come up with three points that need to be tacked.

Firstly, the media should be allowed to self-regulate its own work. Of course, this will not change the system overnight, but can make a lot of improvement. This is perfectly witnessed by the Albanian Alliance for Ethical Media, which is an independent body composed of several media outlets who are willing to work harder to be more ethical, legal and professional.

Secondly, more funding is needed for the media. This is not something that can be achieved just like that, but where there is enough funding there is also will to improve. This is witnessed by the latest actions of the platform that Alice is working for. It will be the first media in the Western Balkans to conduct an ethical and professional audit, which include the full disclosure of the revenues, funding, editorial standards etc.

Lastly, improvement is necessary in the education system. While this might be difficult because of the lack of political will, Alice insists that young journalists should look out for information to educate and model themselves according to international media.

We need ethical and professional journalists more than ever. Authoritarian regimes around the world are grappling power day by day and journalism is one of the essential tools we need to stop them. Will it be easy? Of course not. But if you need some motivation, these words of Alice might help. “I have a responsibility to stand up against this, because if I stop writing, if I show that I’m scared, people might get discouraged. But if I fight, and make sure I win, maybe it might give hope to other people”.

For more details on the discussion, you can listen to the 36-minute-blog episode on Anchor, Spotify, and Apple Podcasts where you can subscribe as well. 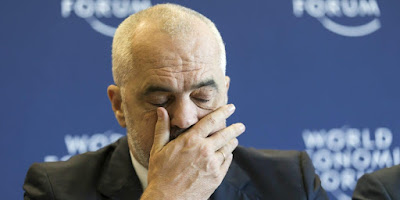